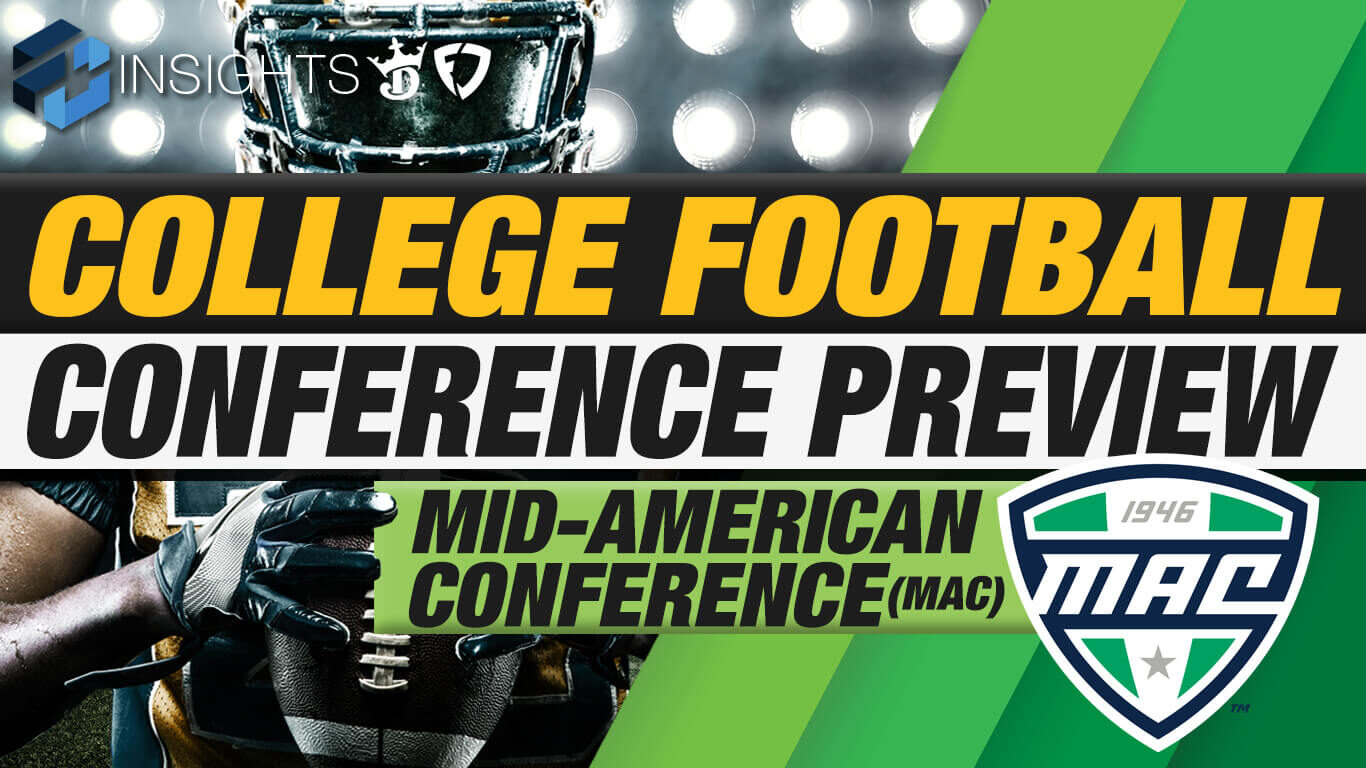 MAC Football is known for their Tuesday and Wednesday night island games in October and November. However, MACtion is a product worthy of year-round attention. It’s time for a Summer Sneak-Peek into the conference with some storylines and new names we should be aware of heading into the 2022 College Football Season.

One of the more shocking matches that this offseason’s Coaching Carousel provided us was Joe Moorhead and the Akron Zips. Moorhead was on staff with the Zips from 2004-2008, so this landing spot wasn’t completely out of left field, however, this is clearly a case of a team “out kicking their coverage” as Moorhead’s resume would appear to garner more prestigious opportunities than those in Akron. Moorhead, who has spent the last two seasons as the Offensive Coordinator at Oregon, has a proclivity for running the ball and leaning on a Bellcow-Runningback.

This is something to keep an eye on as Akron currently has a position battle for that role between Minnesota Transfer, Cam Wiley and incumbent Jonzell Norrils. This will likely be the most tantalizing spot to watch for Daily Fantasy this season as Oregon’s running game was 8th in the nation in Yards/Rush and 25th in Rushing Yards/Game. Even more, during his last stint as a Head Coach, at Mississippi State, Moorhead boasted only a 35.4% Neutral Situation Passing Rate as he leaned on the ground game during his two-year tenure.

With Joe Moorhead coming to the MAC, Akron is in a great spot to leverage his high profile name into recruiting classes that can do some real damage in the conference. For a team that has won three games in just as many seasons, the Zips will be one to watch as there is nowhere to go but up.

Kent State and Western Michigan both saw great QB play last season as Dustin Crum and Kaleb Eleby both showed enough talent to end up on NFL rosters heading into Summer Camps. With their promotions into the league, both the Golden Flashes and the Broncos have QB-shaped holes to fill. Western Michigan and Kent State were 4th and 5th, respectively, in the conference in Passing Yards/Game last season and both offer solid opportunities for whoever inherits the job at each university.

For Kent State, the job is all but locked up for Collin Schlee. He was the heir apparent last year and has been waiting in the wings for this opportunity to come to him. They return two of their top 2 WRs and both top RBs heading into the season and the expectation around campus is that the offense should be able to pick up right where Crum had left off. Schlee was 17 of 24 in his limited action last season, passing for 238 yards and 1 touchdown.

Western Michigan’s QB situation is quite a bit murkier. It seems to currently be a two-man battle with Stone Hollenbach (former Practice Squad QB for Alabama) transferring in to compete with, Redshirt Freshman, Jack Salopek. Salopek has decent mobility and has been described as a good leader so many believe it is his job to lose going into Fall Camp.

By the end of 2021, MAC teams had 5 of the top 30 rushers in the country within the conference:

This is tied for the most in any conference with the Big Ten and Big 12. These are spots we want to look for heading into the season to help target players entering new roles with large opportunities. It also helps us in establishing tendencies for teams to better understand and project gamescripts. Teams that are able to effectively run the ball are able to shorten games and limit possessions for their opposition. So it’s important to have the holistic view of these offenses ahead of time.

When looking for new opportunities, we can look at the Northern Illinois and Toledo backfields for new faces that should have a good chance to garner a sizable workload. In Toledo, Maryland transfer, Peny Boone should be in the mix to take over the starting RB job that catapulted Koback last year. Additionally, Jay Ducker has transferred to Memphis and left Antario Brown and Harrison Waylee to both increase their involvement in the offense and share in one of the heaviest running attacks in the nation.

Akron: Cam Wiley – A transfer from Minnesota comes to Akron with his eyes on a piece of that aforementioned Moorhead running attack. He’ll compete with Jonzell Norrils for the lead role.

Bowling Green: Odieu Hilaire – a WR who transferred in from Alabama A&M put up great numbers in the FCS, Averaging. 7.1 Receptions for 91.8 Yards and 1 Touchdown per game last season.

Kent State: Collin Schlee – Replacing Dustin Crum is no small feat, but Schlee is the clear heir apparent. I expect him to light it up in conference play this year.

Miami (OH): Mac Hippenhammer & Miles Marshall- These two WRs, formerly of the Big Ten, look to fill the big shoes of Jack Sorenson. Hippenhammer is the likelier of the two to break out and take over the massive target share, but Marshall is a guy to keep your eyes on.

Ohio: Parker Navarro – Coming in from Central Florida, Navarro has easy comps to former Bobcat QB/TE Armani Rogers. As a big, mobile QB, I expect Navarro to have designated packages even if he fails to win the starting job.

Central Michigan: Dallas Dixon – Should slot in as the number one target on the team and will have the job of filling the void left by Ja’Corey Sullivan and Kalil Pimpleton)

Eastern Michigan: Taylor Powell – Whichever QB wins the starting job this offseason should inherit a strong corp of WRs to help lead this offense. Powell (formerly of Missouri and Troy) is the guy I think has the best shot heading into Fall Camp.

Toledo: Peny Boone – Toledo’s RB room is wide open now that Bryant Koback is in the NFL. Penny Boone looks to be the most talented back in the rotation at the moment and has a great chance to lock down this role once Fall Camp begins.

Western Michigan: Jack Salopek – With Kaleb Eleby in the NFL, the Broncos have no heir apparent locked and loaded at this point in the offseason. Salopek is mobile and rumblings out of Spring Camp say that he’s stepping up as a leader. He’s battling Stone Hollenbach, the former practice squad QB from Alabama.

Ethan has been playing DFS since 2014. You can find his lineup review articles across NFL, USFL, and College Football on FantasyCruncher. If you have any questions you can reach out to him at @ethansauers on Twitter.
@ethansauers 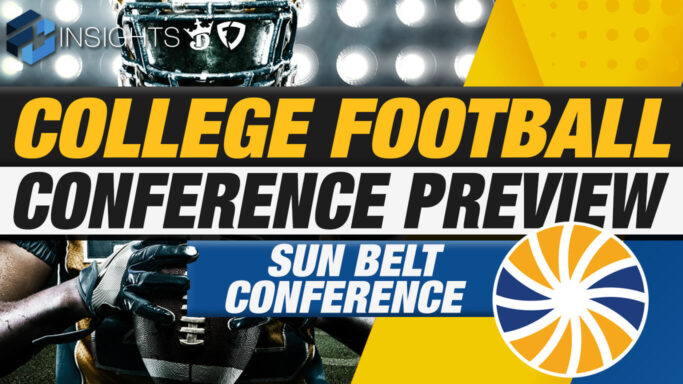 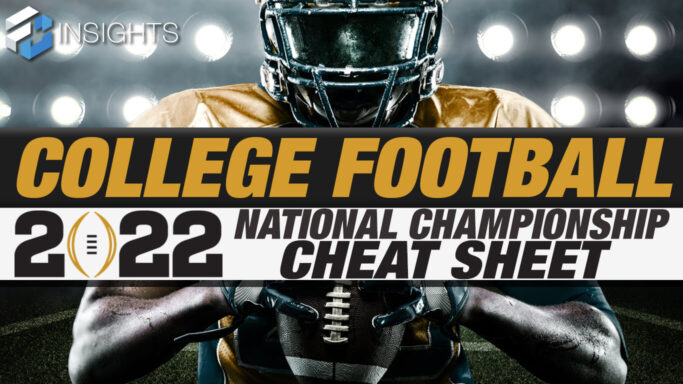 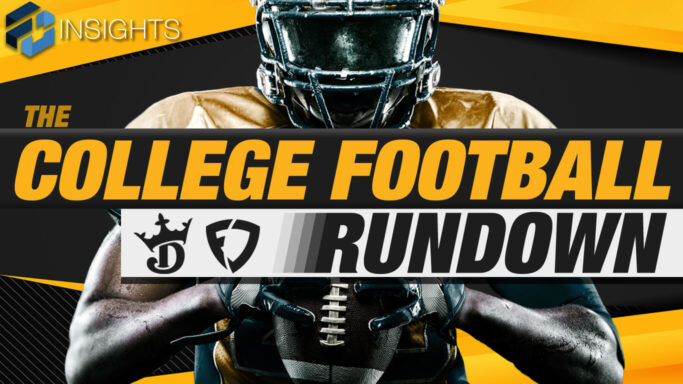 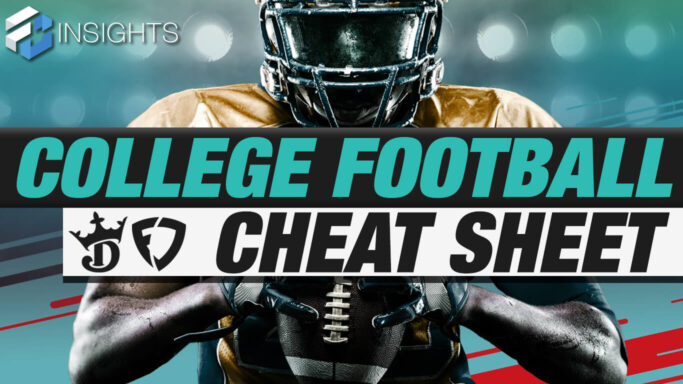