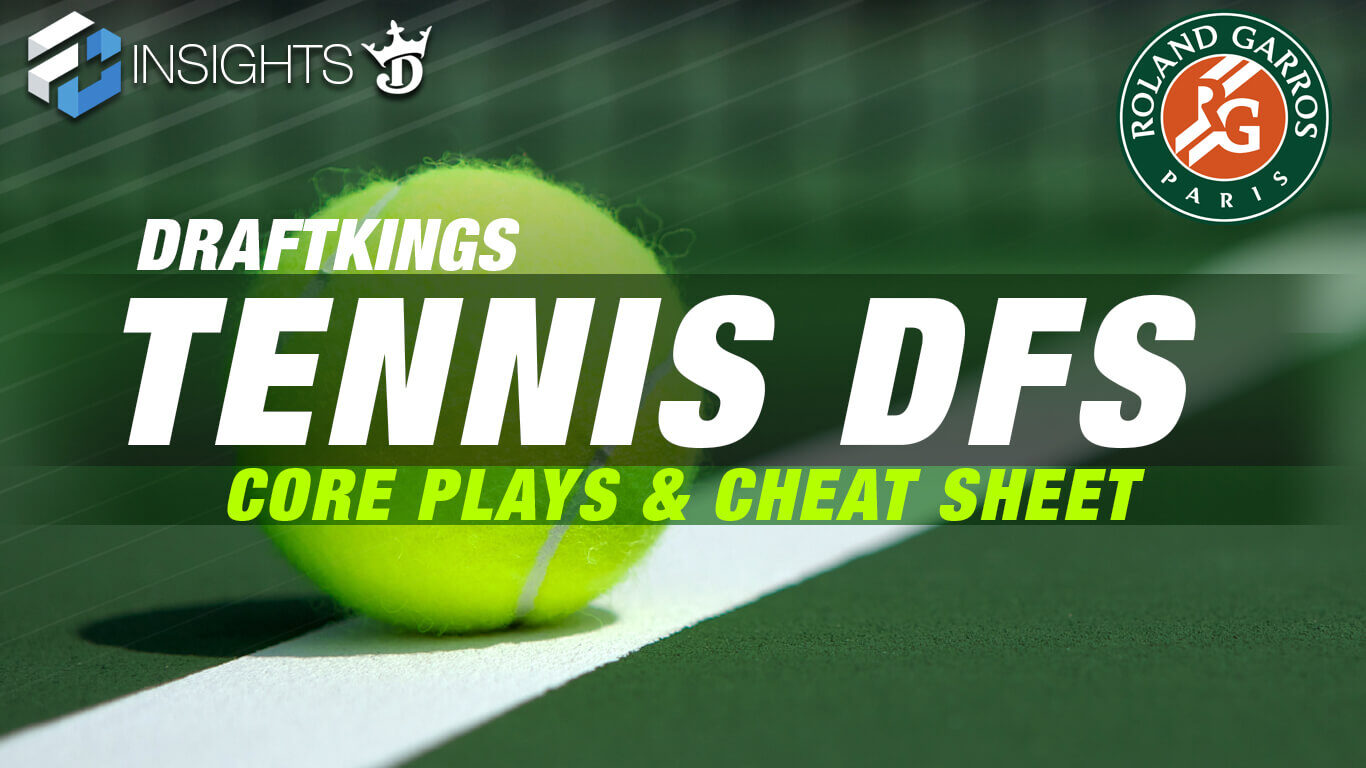 FantasyCruncher’s Tennis Optimizer is now live – you can check out package options here.

We’ve reached the French Open in Paris France for the Major that will run until June 5th. The outdoor clay tournament has been dominated on the men’s side by Rafael Nadal, who has won this tournament 13 times since 2005. Last year was the first time since 2017 that we didn’t see Nadal in the title match though, as Novak Djokovic defeated Stefanos Tsitsipas in five sets. On the women’s side, we have seen a different champion each year since 2014 and only two repeat champions in the last 20 years in Justine Henin and Serena Williams. Barbora Kerjcikova defeated Anastasia Pavlyuchenkova last year. For 2022, Djokovic and Carlos Alcaraz are co-favorites to win the title this year, while Iga Swiatek is the clear favorite on the women’s side. In this article, you will find my two favorite core plays on the slate, one on the higher-priced side and one on the lower-priced side. As always, these plays are not “locks” and every play in Tennis DFS carries some form of risk. Opinions in these pieces are data-driven with general stats and data that can be found by the public.

Diego Schwartzman is a clay specialist who grades out as the 10th best clay player in the entire world right now. On the season, Schwartzman is 22-11 overall but is 18-7 on clay. In the first round, Schwartzman admittedly had to work a little harder than he probably would have liked, defeating Kuznetsov in four sets, but only winning 19 games to losing 15. The World ranked 16 tennis player has made two finals this year and also two semi-finals and has seen a lot of success against his opponent on Wednesday in Jaume Munar. Munar in his own right has had a strong showing on clay this year at 15-7 and 24-12 overall, but at the ATP level is 11-11. While clay is also Munar’s best surface, Schwartzman still carries a 200-point Elo edge on him for the surface. Munar also struggled with his serve in his first-round match, losing it five times. These two have met four times before, and three of those have come in the last two years. The last three times they have met have been on clay courts and Schwartzman has won all three. In fact, Schwartzman is 4-0 in total against Munar. More importantly, Munar has never even taken a set against Schwartzman on clay. Their last match was their closest with each set going to tie-breaks, but Schwartzman still won both. While there are a lot more “sure” things priced above Schwartzman, getting him at $9,100 feels like a good deal with such a high H2H success. I do not like using H2H as a serious metric, but 4-0 is around the time it starts to matter a little bit to me. Also, the fact that they have all been straight-set wins makes me think it is going to take a lot for Munar to find three of them to grab a win here. These two players are pretty similar in style, but Schwartzman has the power edge.

The beauty of DFS and sports, in general, is sometimes it makes you eat crow and re-evaluate where you stand on something. If you have read the first three editions of this article, we have been up and down. We had a very strong Monday and a 50/50 Sunday and Tuesday. On Sunday, one of my misses was Petra Martic against Siniakova. The health of Siniakova was a major concern for me as she had withdrawn twice in the last six weeks and was nursing an abdominal injury. Not exactly where you don’t want to have top movement. Well, Siniakova came out hot and disposed of Martic in straight sets which kind of put the whole health narrative behind me. Siniakova is also a four-time Grand Slam in doubles who actually won the doubles title with Barbora Krejcikova last year and is the #1 ranked doubles player in the world. While that nugget, in general, is worthless when applied to singles, she still has been a consistent top-50 singles player since 2016. Her opponent here is Leylah Fernandez who is more regarded as a hard-court player right now in her young career. Fernandez is just 3-3 on clay this year and while she had a 6-0, 7-5 win in her first-round draw, she also landed a good one against a struggling Kristina Mladenovic. Her clay game in general is one that she is still learning, but expecting a deep run at a Grand Slam is not really in the cards in my opinion. The pricing here is also something we need to take into account. Siniakova is a +155 underdog, yet is priced out $2,100 from her opponent. I am not sold that the serve of Fernandez is going to be strong enough to give Siniakova issues. The counter to that is I am not sure the serve of Siniakova is going to give Fernandez issues either. The key here is her health, but from her first match and the start of her doubles defense, it appears that Siniakova’s time off was more to fully get ready for this event than to nurse the injury. In the end, Sinakova actually carries the higher Elo rating on Clay courts in both overall and raw Elo. Of course, Fernandez doesn’t have a ton of clay data to her name, but she is 6-8 over her last two years on the surface while Siniakova is 9-5. I view this match closer than the salary implies, so while there are still a few lingering doubts, Siniakova provides better value here.

Also, just as a note because I have had someone reach out on Twitter – trying to provide a low level, low salary “core” play is not easy in Tennis DFS because unless DraftKings posts an error of a salary, we are always going to be rostering an underdog. I just lay out the information I have as to why I like the underdog, but even in the best-case scenario, we are still entering some 50/50 situations. Tennis players under the $7,500 mark are going to be variable. You have to accept the variance. 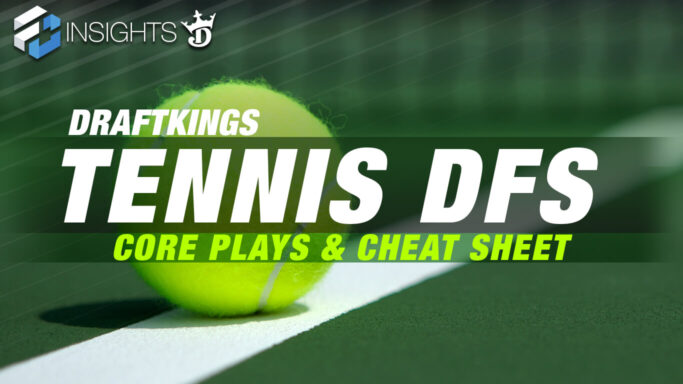