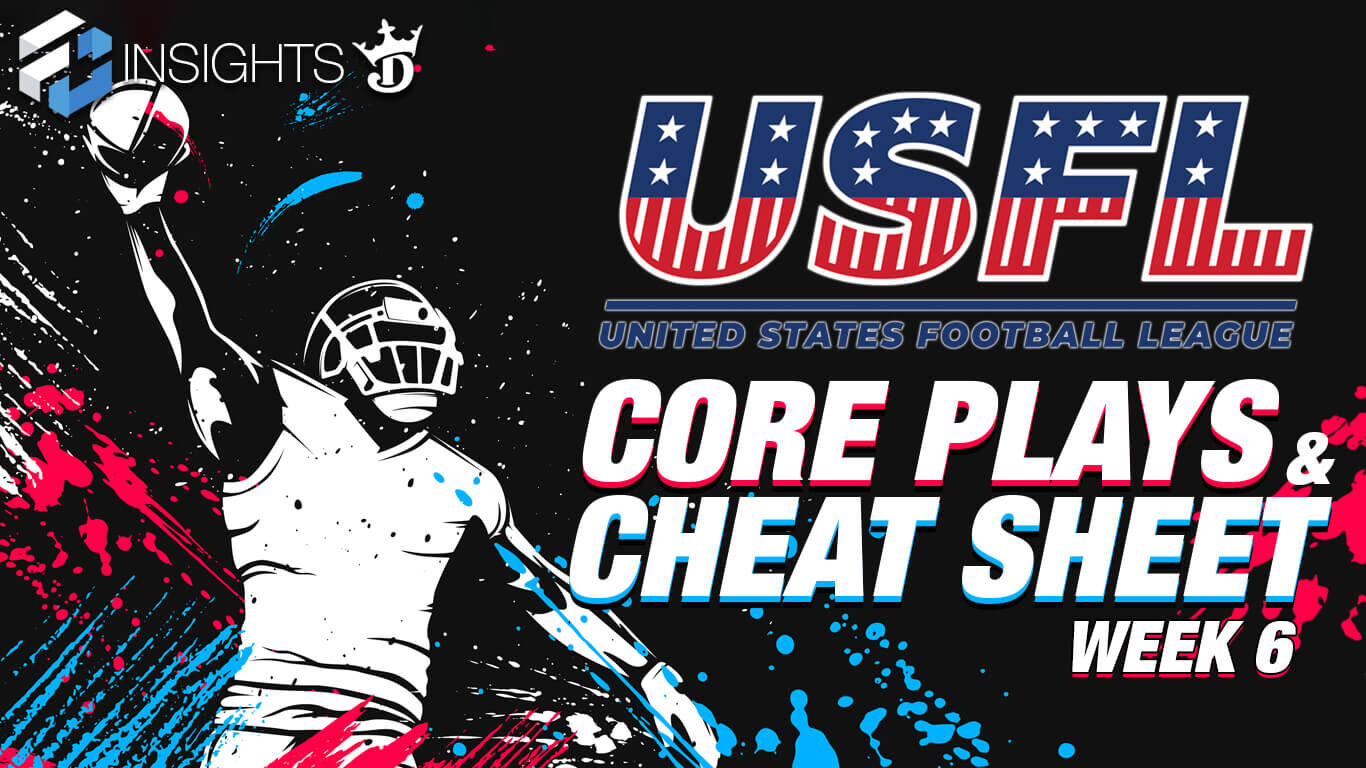 The USFL is back and with it comes some slight rule changes that you may not be used to with the NFL. You can check out our Introduction to the USFL article which will serve as a quick learning piece for the league in general.

Kyle Sloter ($11,000) – Kyle Sloter did not have a good game in week five, completing just 41% of his passes for just 155 yards in a loss to New Jersey. Sloter entered with a slight groin issue though it is hard to decipher how much of a role that actually played in this performance. New Jersey is now 4-1 and appears to be one of the top two teams in the league so it is possible this was just purely matchup based. The Breakers were also playing from behind for the entire game, which is not exactly a position they are used to being in this season. Even with all this being said, Sloter still has almost 400 passing yards on the 2nd most passing yards and has 60 more passing attempts than the next closest guy. Sloter will need to lock back in but gets a good matchup against the 1-4 Maulers.

De’Andre Johnson ($8,400) – For the first four weeks of the season, De’Andre Johnson and Luis Perez split work at the quarterback position. In week five, Perez didn’t take a snap and Johnson got the entire game in what ended up as a 27-17 win over New Orleans. Johnson completed 14-of-21 passes for 213 yards but also ran for 39 yards and two touchdowns. Johnson’s rushing upside locks him in as a fantasy option weekly as he has 269 yards and four touchdowns on the ground. The Generals have the week’s highest projected total at 22.75. As always, keep an eye on any news if Perez is planning to see work, though the news and injury reporting so far in this league has been pretty bad.

CJ Marable ($8,200) – The carousel of running backs continues to spin as I feel like every week we are chasing a different performance. I am against the idea of “chasing” fantasy points, but honestly, in this league, the fantasy points follow the usage, so chasing the usage is expected here. I have also found that the second you get comfortable with someone in a role, the role is destined to change. CJ Marable has looked to grab the lead back role for Birmingham as he now has 16 or more carries in four straight games, including 23 last week against Philly. Not only that, Marable has 13 targets over his last three games and while the yardage isn’t adding up, the reception points are just added bonuses. Tony Brooks James only saw one carry on Saturday and newcomer Bo Scarbrough saw six. The Michigan run defense has been poor this year, allowing over 100 yards per game on the ground.

Update: On Friday, Marable was transferred to the inactive roster which could mean he won’t play, is questionable, or is being monitored. If Marable is OUT, then Tony Brooks-James and Bo Scarbrough would figure to see a bulk of the workload, but I lean Scarbrough for price.

Darius Victor ($5,900) – I will say off the bat that matching Victor with a rushing quarterback in Johnson is a little risky as I always fear the game is coming where the quarterback will take all of the ground usage. The Generals also have Trey Williams who has been heavily involved as well, though he does not have a touchdown on the season. Flip back to Victor and we have five touchdowns on the ground over the last four games. Victor has also had double-digit carries in each game this year and 40 or more yards in all of them. Victor appears to be the trusted red-zone back here who is also technically outpacing the “starter” in Trey Williams (who is also $2,100) more expensive.

Bailey Gaither ($8,300) & Tre Walker ($4,400) – Gaither had a breakout in week two with nine targets and 117 yards and a touchdown. In week three and four he was quietly absent with an “illness” and with the USFL injury reporting being pretty bleak, there were a lot of questions about his status. In week five, Gaither was active and did not miss a beat, catching 8-of-10 targets for 108 yards and two touchdowns, including the game-winner inside of five seconds. In Gaither’s absence for two weeks, Tre Walker picked up all of the slack with a combined 23 targets and 14 receptions for 168 yards. With Gaither active, Walker stayed in line with ten catches on 13 targets for 92 yards. Walker has averaged 21 fantasy points over his last two contests and his price has barely moved. The $4,400 price tag here is laughable and I expect this to be chalk with a guy who has 30 targets over his last two games. These two hold such a dominant target share in the passing game it is hard to focus anywhere else in this offense. While the matchup with the Breakers isn’t great here, it will at least keep the ball in the air as eight-point underdogs.

Jonathan Adams ($6,100) – The Breakers let me down a bit last week in what was probably their worst offensive performance of the year. With all that being said, if we are going to stay on Kyle Sloter and his league-leading passing attempts and yards, we are always going to also be on someone in the Breakers receiving corp. Adams has 16 targets, 10 receptions, and 161 yards over his last two games and has found the end zone in both. Johnnie Dixon, Sal Canella, and Shawn Poindexter are all in play here as well, but given pricing and the production, Adams seems to be the best overall value.

John Franklin III ($4,000) – With Jordan Ta’amu as the signal-caller, I had hopes that this Tampa Bay offense would be a quick-paced electric option. Unfortunately, we haven’t really got that this year and Tampa has leaned heavily on the run game. While Derrick Dillon leads the team in yards at 213, he only has 12 receptions through five games. The target leader for this offense recently has actually been John Franklin and while his numbers also aren’t eye-popping, he has 16 targets and 10 receptions over the last three games, including a five reception, 81-yard performance with a touchdown last week. Tampa gets a strong matchup this week against Philadelphia, and while it is hard to name a top receiver from this team, Franklin seems to be the current preferred target and gets this very low price. 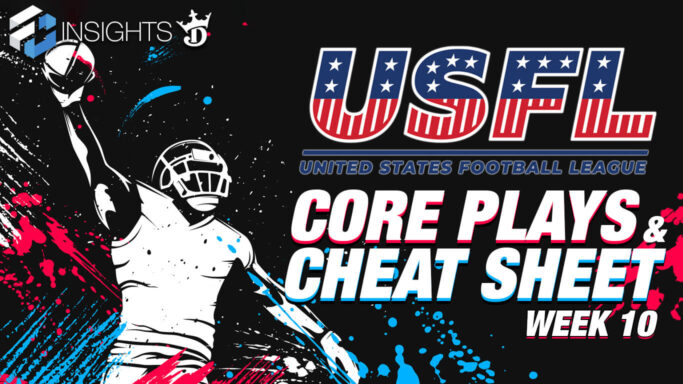 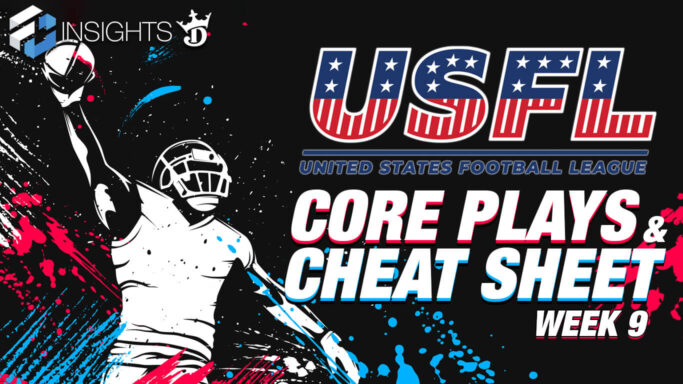 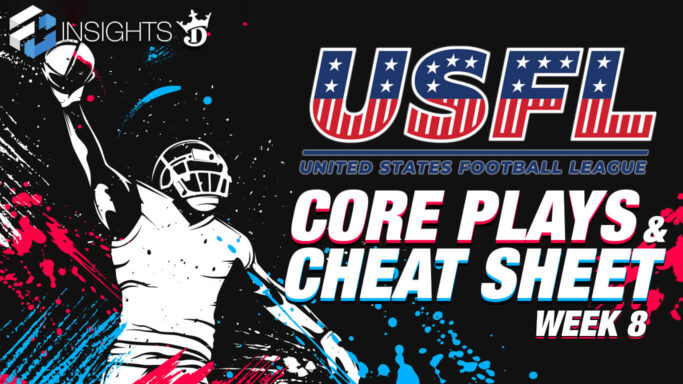 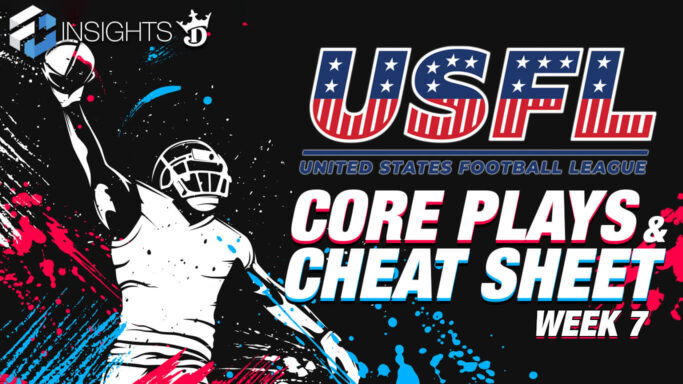