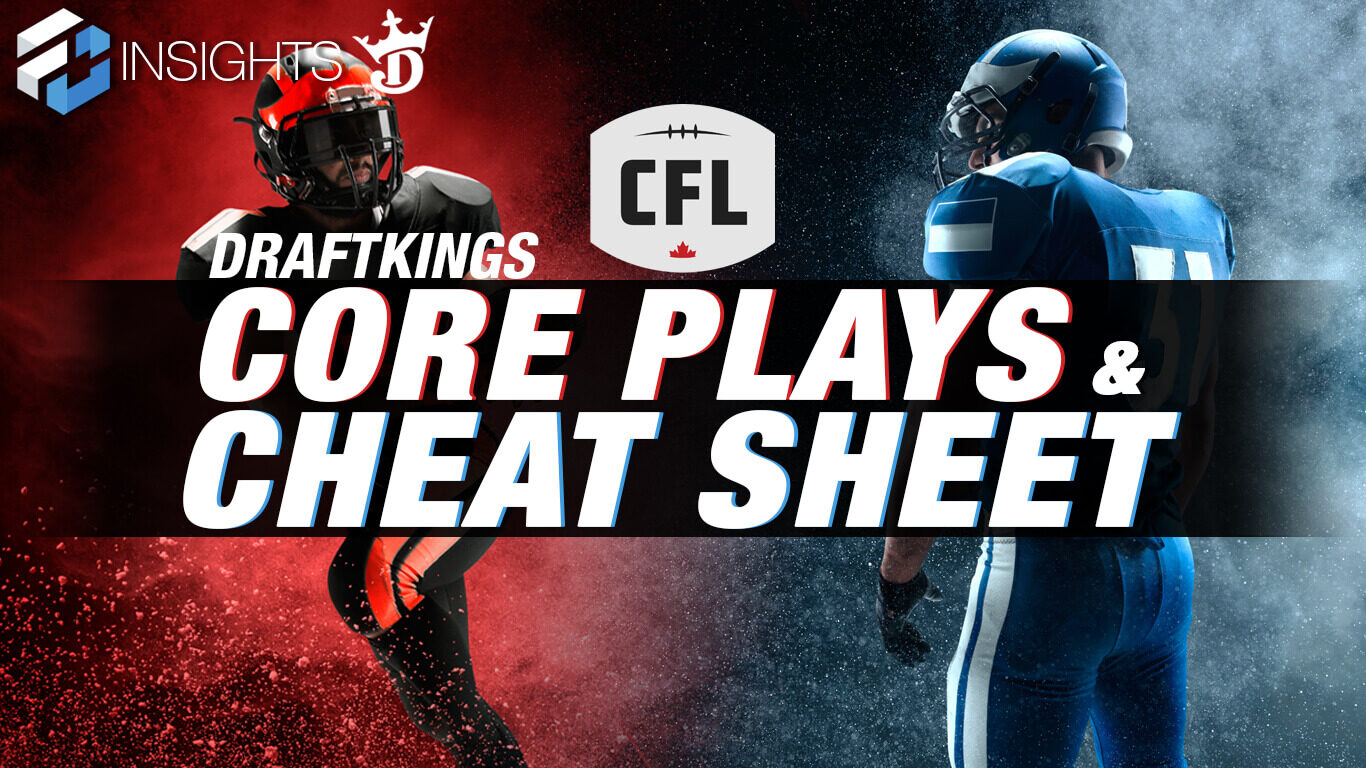 Looking for a quick consolidated list of options to play today? Let’s take a look at our CFL Core Plays & Cheat Sheets for DraftKings to help navigate this week’s slate!

The Alouettes made a trade for Trevor Harris but based on their depth chart it will be another week before Harris makes his debut for the Alouettes and that gives us one more week of Shiltz who was amazing in his first start of the season last week. In that game, Shiltz threw for 281 yards and a score while also adding in 22 rushing yards and a score on his way to 22.44 fantasy points. While I know that is only one game for Shiltz and his career numbers are not great I am expecting him to have another big game this week due to the match-up against Toronto. The Argonauts have been a horrible pass defense this season. In their nine games, the Argonauts have allowed 14 passing touchdowns which is the second-most in the CFL, and are allowing 283.9 passing yards per game which is also second-worst this season.

I hate the running back position this week and frankly, I wish I didn’t have to roster any running back. Unfortunately, DraftKings is forcing me to roster at least one running back so my plan is to go as cheap as possible. While I don’t feel any of the cheaper running backs are safe Oliveira has a ton of upside as he is expected to be the lead back for the Blue Bombers for the second straight week. Oliveira has had this role in three games this season and in two of those three games, he has rushed for over 100 yards and produced at least 17 fantasy points.

If you like Matthew Shiltz this week you have to like Wieneke. Heck, even if you hate Shiltz this week you should like Wieneke as he has been a beast all season long. Wieneke has a touchdown catch in seven of his nine games this season, has at least four catches in eight games, and at least 70 yards receiving in five games. Wieneke has double-digit fantasy points in all but one game this season and is averaging 19.4 fantasy points per game this season which is most in the CFL regardless of position. 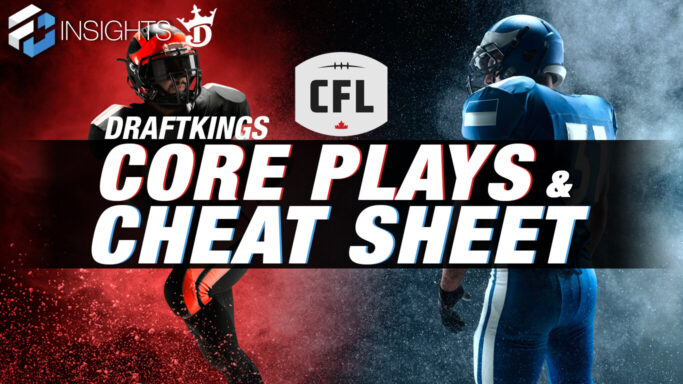